This post may contain affiliate links. The Review Wire may collect a share of sales if you decide to shop from them. Please see my full disclosure policy for details. 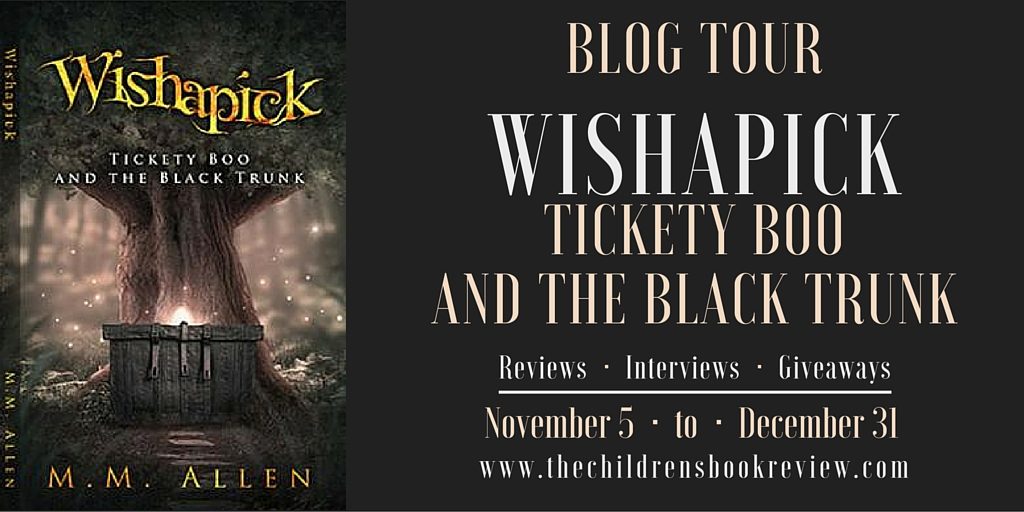 I’m the king of the night and I’ll

give you such a fright

If you fall into my deep, dark den

I will coil, I will hiss and my rattle you can’t miss

Jack sat still as baby rattlers crawled menacingly over and around him.

He frantically searched his brain to remember his mother’s words about the Breath of All Good Things. Who did she say would give help? He thought about the sound of his mother’s voice—maybe that would help? Jack searched every crevice of his memory, but his mind was blank to her stories. This is what I get for refusing to listen—I get nothing! Heedful of the venomous reptiles slithering around him, he slowly wiggled his fingers. They were freezing, and his arms ached. His legs were stiff, sore, and scratched from being squashed on the way through the passage. If this is real—nah, it’s probably a bad dream. His stiff legs needed to be stretched.

Over the constant sound of the rattles, Jack heard his heart beating. He concentrated on the beat. It labored loudly, off rhythm. His heart sometimes had sounded just like this when he was younger and he and his father had explored the caves near their home. In the night they had walked to the caves under the brightness of a full moon. Once, in the caves, Jack’s father had challenged him with a game of Find Your Way Out. His father always picked a cave that wasn’t too deep, with no long tunnels. The starlight and moonlight had filtered in from fractures in the rocks, allowing Jack’s eyes to adjust to the cave’s gloom and giving him the opportunity to find his way back to the entrance of the cave, where his father, no matter how long it had been, waited patiently for him. His father would hug him and throw him up onto his shoulders for the ride home through the darkness of tree shadows, animal noises, and the gurgle of the nearby river. His father always praised him for his courage in making his way out of the blackness of the cave.

Courage—I need some! He heard a shuffle. Stay alert! He listened. The ground where he sat actually seemed to ripple. Suddenly he realized the rattles around him had stopped. The baby rattlers had slipped off him. Jack’s chest expanded and he heaved a sigh of relief and stretched out his legs. As he got his bearings, in one of the tunnels he glimpsed a flickering light, a torch that cast shadows on a gigantic rattlesnake. Can this be possible? From the floor o of the cave, the head of the snake looked larger than a soccer ball! The torch preceded the huge snake into the opening in the cave. A rattlesnake the size of a huge python—could it be? Jack’s throat went dry. He opened his mouth and gulped for air. He saw the dark honey-black skin with streaks of vivid crimson. The rattler’s skin glistened and glowed in the light of the torch, which floated, without assistance, in midair. Jack shivered and crouched as low as he could to the floor of the cave. He felt sick to his stomach. Bile began to rise in his throat. He was certain he would retch.

About Wishapick: Tickety Boo and the Black Trunk

Trying to recall his mother’s stories about “the Breath of All Good Things”—anything to shed light on his current situation—Jack wishes he’d paid better attention rather than mock the tales as childish myths…and that he’d waited to enter the trunk with his sister, Lilly, so they could at least face this together.

Like L. Frank Baum’s Oz and C. S. Lewis’s Narnia, M. M. Allen brings to life the fantastical world of Wishapick—a land of courageous animals ruled by a cruel rattlesnake king who has condemned the villagers to live without light. Chosen as the reluctant hero to save the villagers, Jack must face terrifying creatures and overwhelming odds if he wants to help his new friends—and return home himself.

“… a breathy and fantastical storytelling style, imaginations will flourish and the tale will be enjoyed by kids ages 8-12 who enjoy the genre of fantasy.”—The Children’s Book Review

Wishapick: Tickety Boo and the Black Trunk is available on Amazon.

Be sure to check out the companion music CD, Wishapick, for purchase or download from DeborahWynne.com

Get to the heart of Wishapick by downloading this set of book club questions: Wishapick by M. M. Allen: Book Club Questions

M. M. Allen, author of the acclaimed children’s picture book Let’s Play Ball, is the mother of two adult children and aunt to twenty-three nieces and nephews, including ten great-nieces and great-nephews. MM is a former teacher and university lecturer. She has also worked extensively in marketing and communications with varied businesses and non-profits. MM lives in a picturesque northern California town where she enjoys writing, tending to her rose garden, and caring for her West Highland terrier, Pip. www.Wishapick.com | Facebook

Musician and lyricist Deborah Wynne created a companion CD of songs to accompany Wishapick: Tickety Boo and the Black Trunk. Wynne’s primary talents lie in choral singing, stage musicals, and composing. Her musical projects include the 2013 album Strands of Gold and 2007 musical Moment of Truth. She is an active singer and composer in Santa Barbara, California, where she lives with her husband and their two shelties, Sparkle and Gracie. DeborahWynne.com

Disclosure: This is a sponsored post on behalf of The Children’s Book Review and Wishapick. 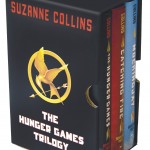 #HolidayGiftGuide: Must Reads for The Hunger Games Fan (Ages 12 & Up) 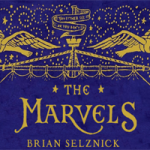 50% off GATSBY CHOCOLATE! Use code: thereviewwire50 for 50% off purchase 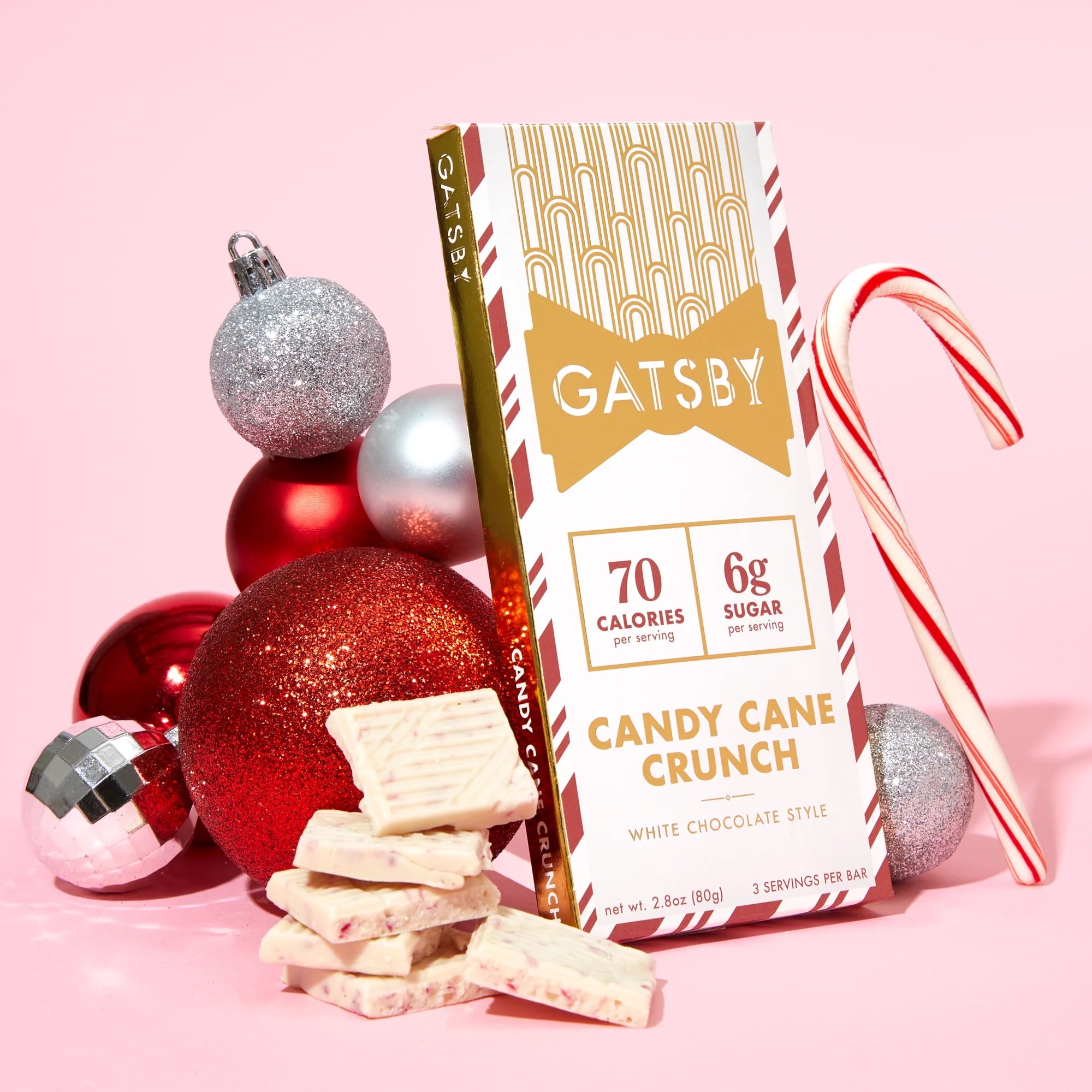 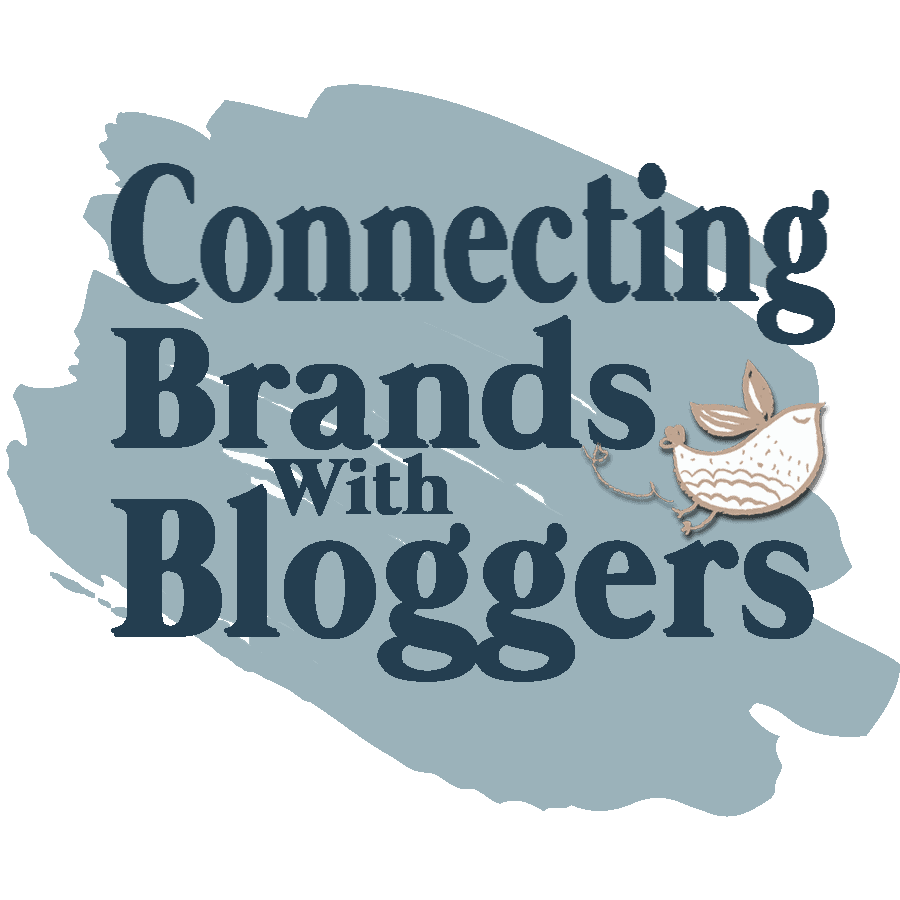 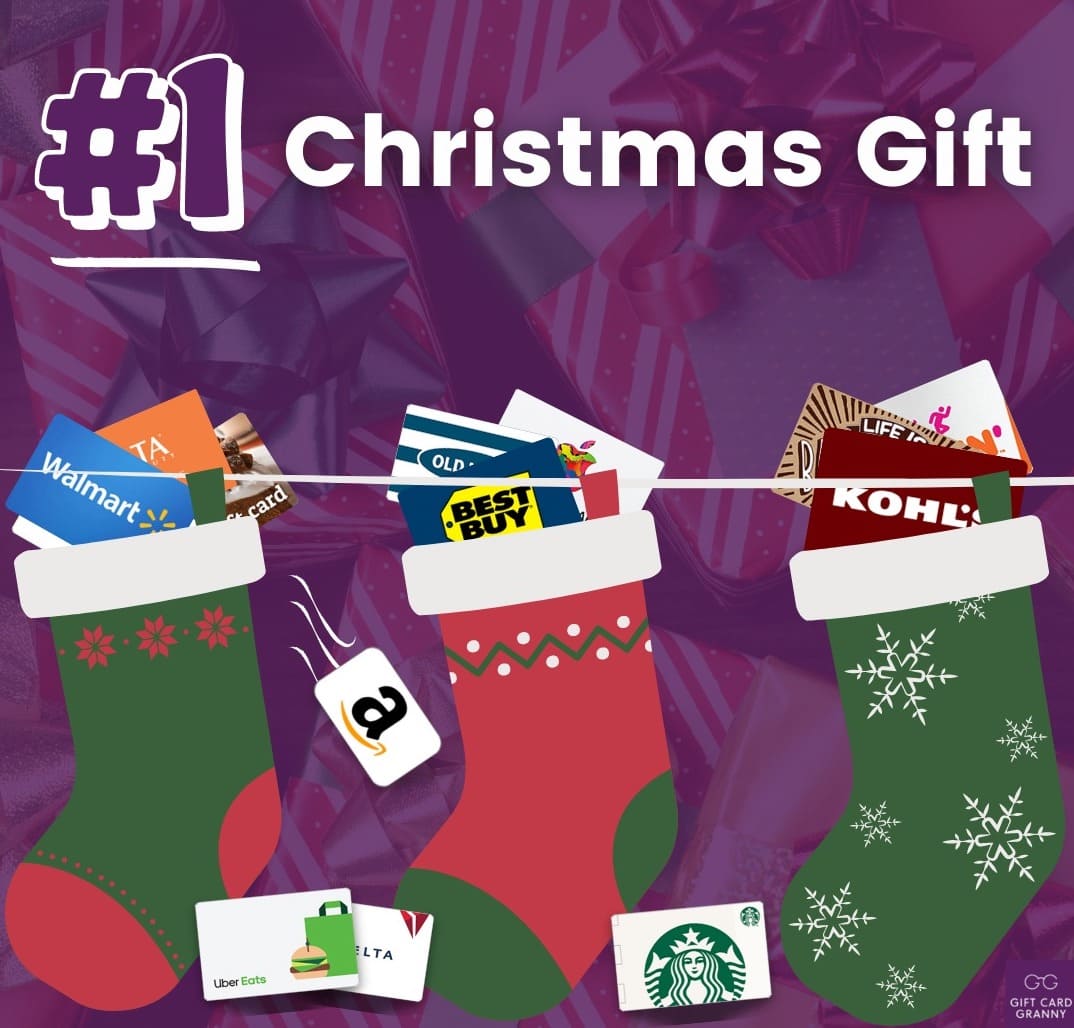 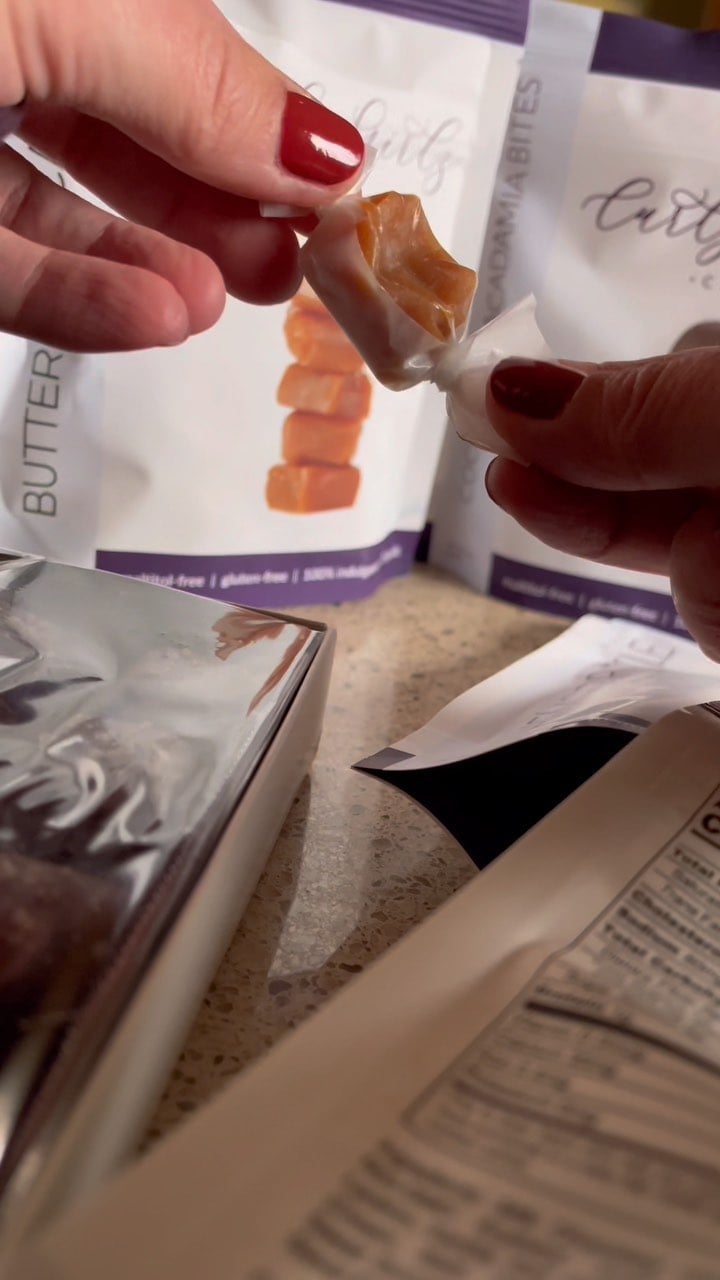 thereviewwire
•
Follow
Did someone say gourmet handcrafted confections, that are sugar-free, keto-friendly, & diabetic-friendly?? Yeppers! This box from #curlygirlzcandy features 9 made to order candies that are deeeelish! #reviewwireguide #chocolate #ketocandy #VisitOwatonna #lowcarb #sugarfree #shopsmall
View on Instagram |
1/8 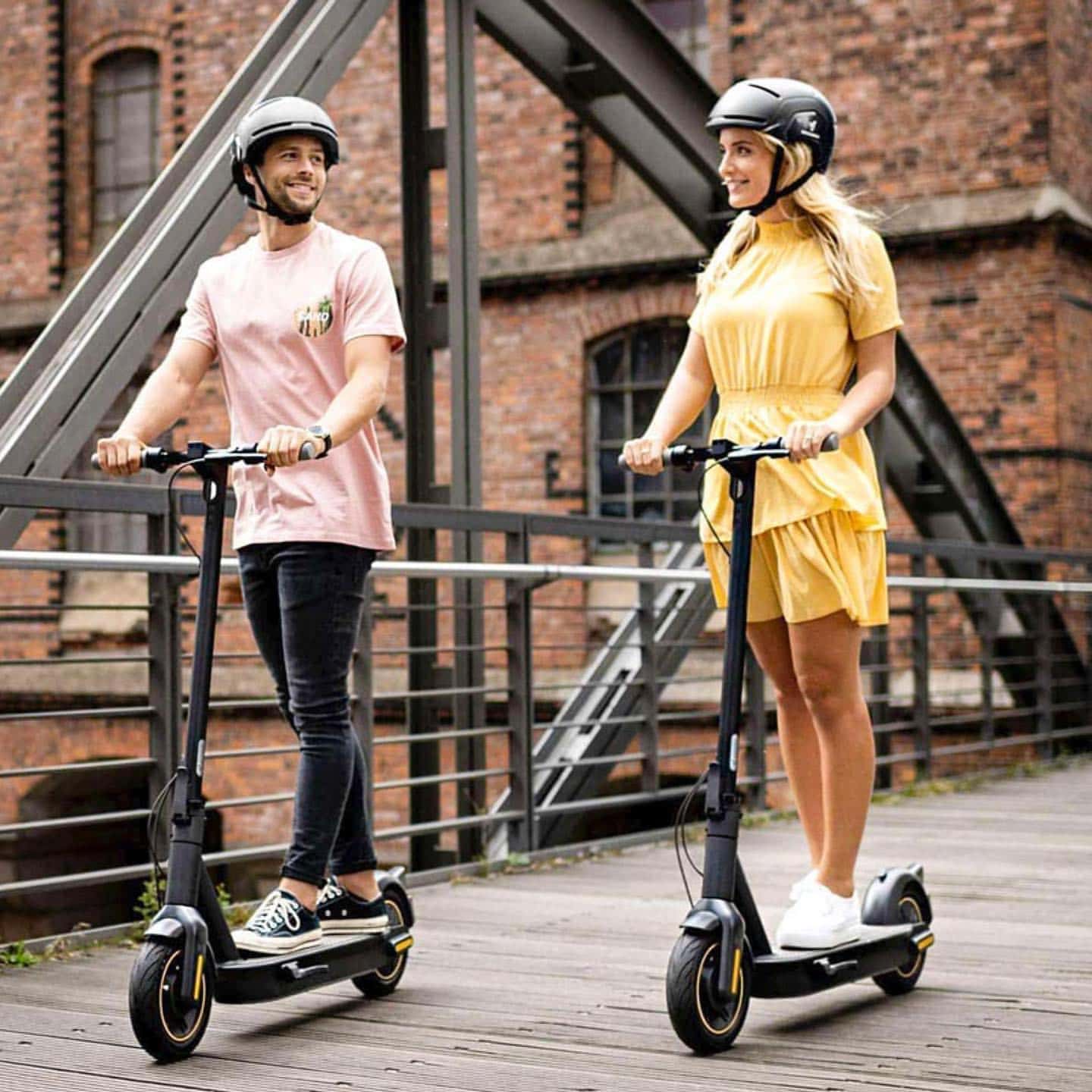 thereviewwire
•
Follow
🛴GIVEAWAY! Ready, set, go! Join the urban mobility revolution with Segway Max. This award-winning electric scooter by Segway-Ninebot has everything you need for your daily commute. Wellbots is offering one lucky reader the chance to win their very own! How to Enter: 1 winner will receive a Segway Ninebot KickScooter MAX RV $800 from #Wellbots. 🛴 Must like and save this post. 🛴 Must follow all accounts, and your account must be public: @wellbots @thereviewwire @mrsdchastain @goodvibesotg @momskoop @prettylovedblog @SavingYouDinero @crazy_for_couponing @LauraOinAK @gingercasa @RoamingMyPlanet 🛴 BONUS: Tag a friend and add #SoChicHoliday Can’t wait? Visit Wellbots https://bit.ly/WellbotsSmartProducts and use code BF10 to get 10% OFF non-sale items. (#sponsor). Giveaway closes on 11/27/22 at 11:59 p.m. EST. One Winner will be randomly selected and contacted via DM by 11/30/22. No purchase necessary. Must be 18 years or older to enter. Open to U.S. residents of the 48 contiguous United States. Your Instagram account must be public to enter. This promotion is in no way sponsored, endorsed, administered by, or associated with, Instagram. #giftideas #scooterlife #segwayfun #giftguide
View on Instagram |
2/8 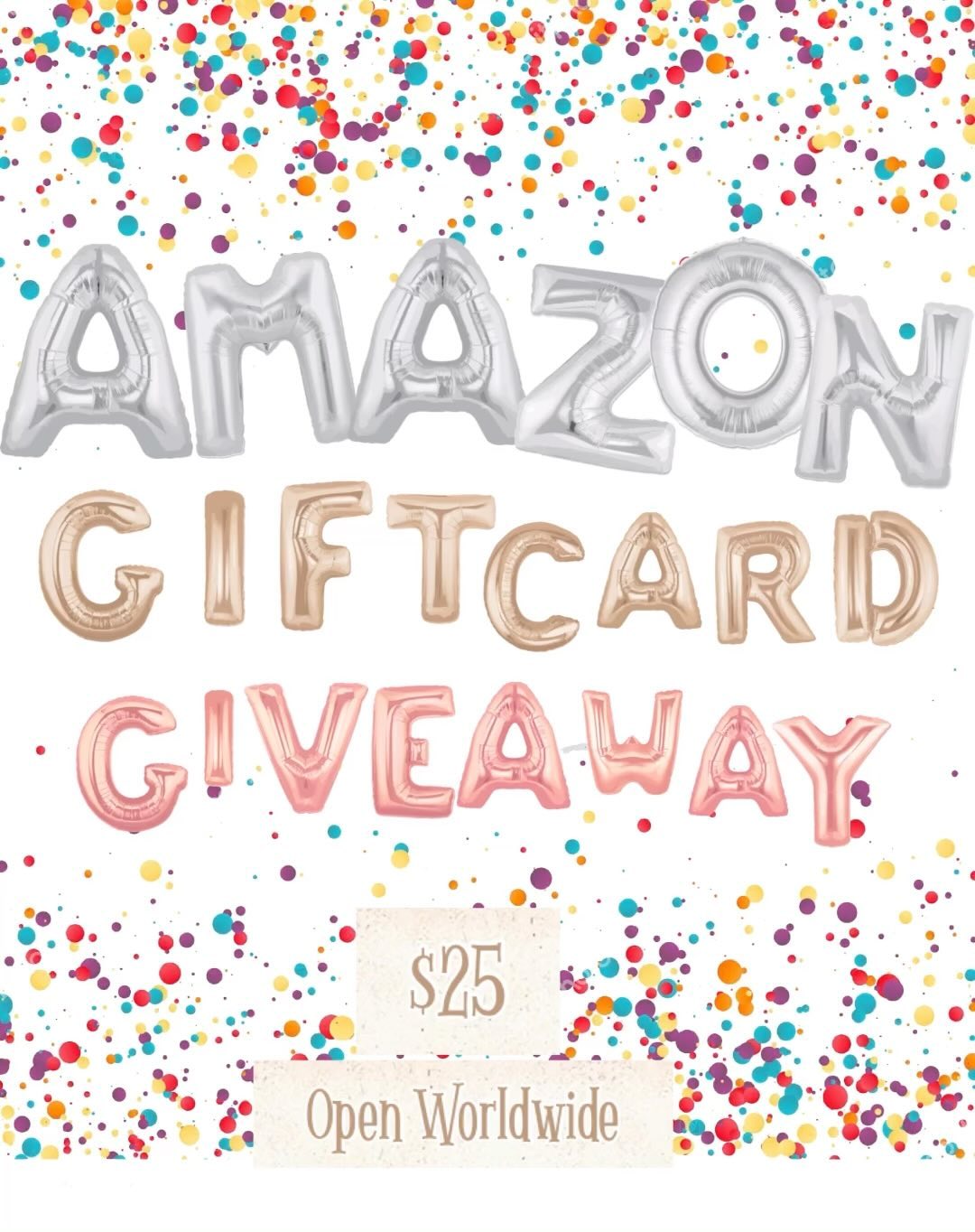 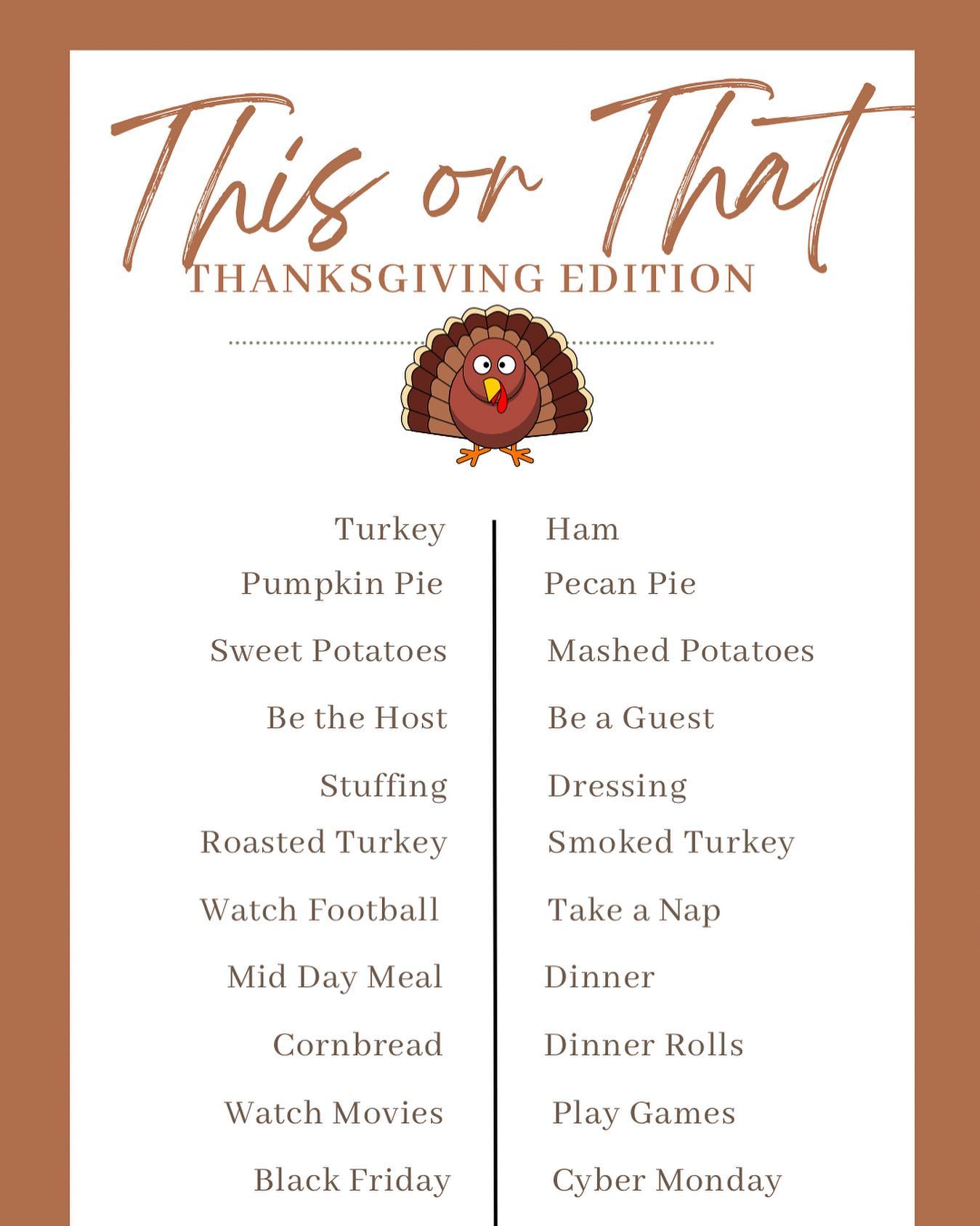 thereviewwire
•
Follow
🦃 Gobble Gobble! That’s turkey talk for Happy Thanksgiving! Head over to my templates highlight to save and share, make sure to tag me so I can see your answers! Leave me a comment on what you’re thankful for! #thanksgiving #thisorthatgame #thanksgivingdinner #turkeydinner #gameday #gobblegobble
View on Instagram |
4/8 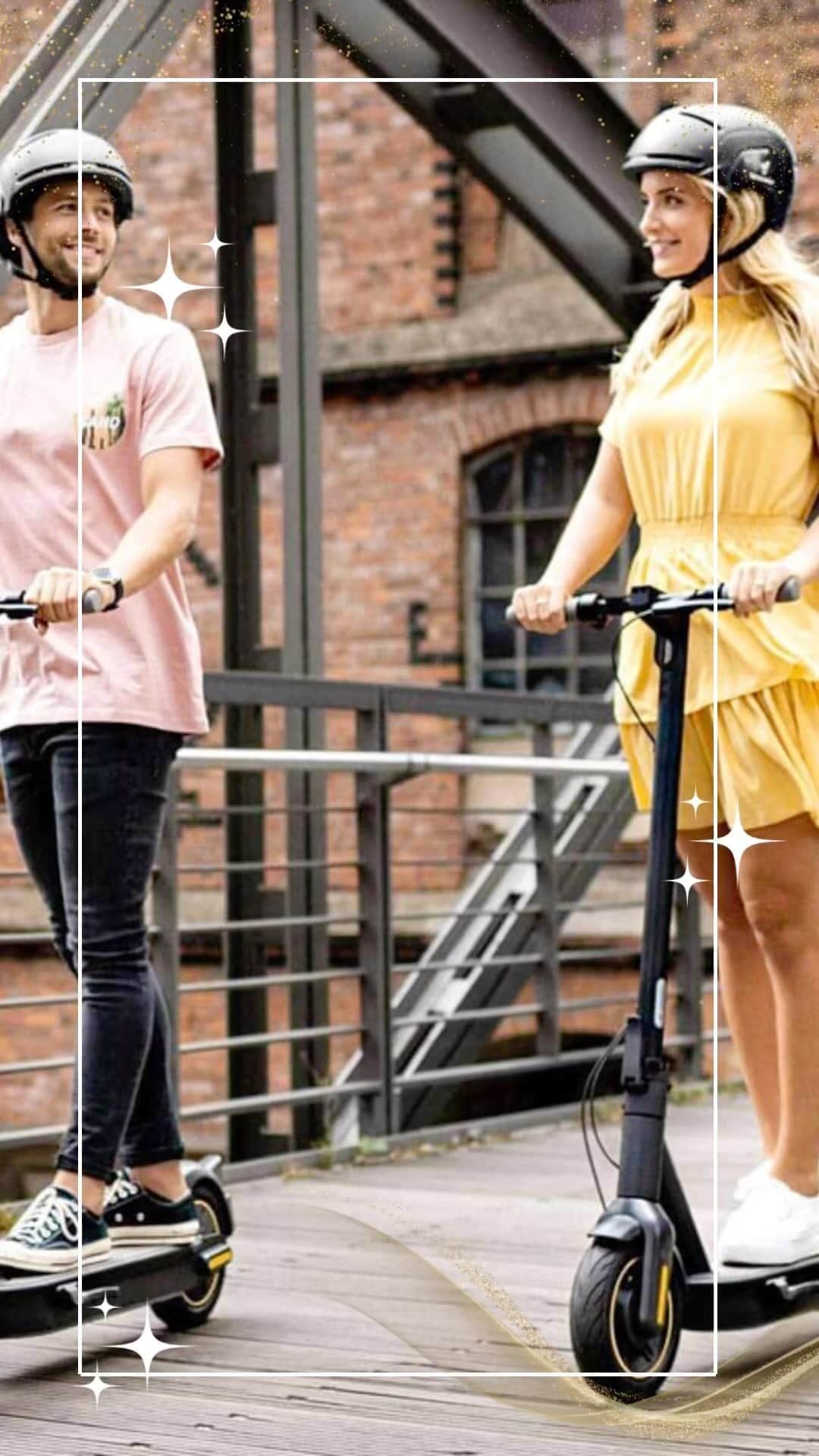 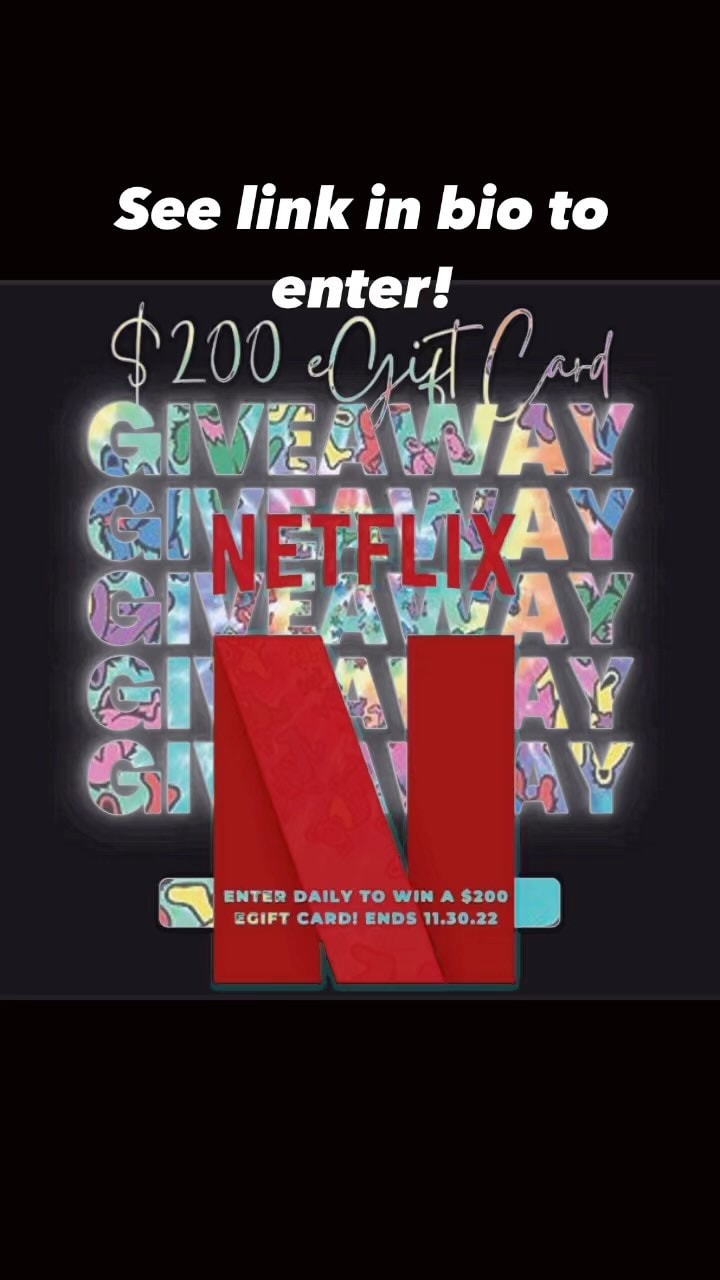 thereviewwire
•
Follow
🔴 GIVEAWAY🔴 We’ve got a FILMtastic $200 Netflix Giveaway going on thru the end of the month. See the link in bio. Speaking of #Netflix… what have you watched lately? I binged 1899 last weekend… I did not see that ending coming! Definitely worth a watch! #netflixmovies #movienight #whattowatch
View on Instagram |
7/8

thereviewwire
•
Follow
Miracle in a jar is all I gotta say! 💚 I’ve been using it as a moisturizer to my dry face. Acts as a luxurious cleanser, mega moisturizer and luscious body balm. Definitely worth the price! #lolibeauty #organicbeauty #cleanbeauty #sustainablebeauty #beautymusthaves
View on Instagram |
8/8