Kick Off the First Day of Summer with DIARY OF A WIMPY KID: RODRICK RULES

Available on Blu-ray and DVD on June 21st 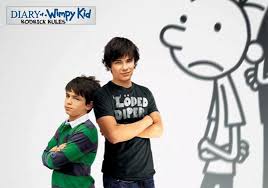 Greg Heffley is about to discover that there is something worse than middle school – his own family! Based on the 2011 Nickelodeon Kids’ Choice™ Award for Best Book Series, the original film cast returns in DIARY OF A WIMPY KID: RODRICK RULES, available on Blu-ray and DVD on June 21st. This flick takes sibling rivalry to entirely new levels as big brother and little brother wrestle through growing pains. 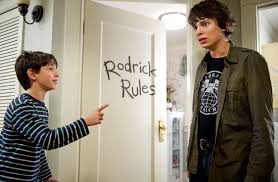 Just back from summer vacation, Greg Heffley (Zachary Gordon, National Treasure: Book of Secrets) and his friend Rowley (Robert Capron, The Sorcerer’s Apprentice) enter the next grade as undersized weaklings in their school. A bully favorite, Greg tries not to get noticed by anyone except the pretty new girl, Holly Hills (Peyton List, 27 Dresses). And at home, Greg is still at war with his older brother, Rodrick (Devon Bostick, “Degrassi”), until their mom Susan (Rachael Harris, The Hangover) instigates a ‘Mom Bucks’ program so Greg and Rodrick can earn play money by doing chores and—gasp!—being nice to each other. Calamity ensues when their parents return from vacation and dad Frank (Steve Zahn, A Perfect Getaway) finds evidence that Rodrick secretly threw a house party with his band, Löded Diper. As they struggle with school and compete for ‘Mom Bucks,’ the brothers discover that avoiding trouble is easier if they unite—and their once-twisted partnership grows into a hilariously playful and sometimes mischievous friendship. 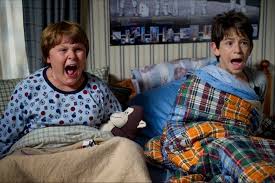 DIARY OF A WIMPY KID: RODRICK RULES will be available on single-disc DVD, 2-disc DVD, and 3-disc Blu-ray/DVD/Digital Copy and includes the crazy adventures Greg and his friends has over the summer with hilarious all-new “My Summer Vacation” shorts not seen in theaters. It is available in the U.S. and Canada.

Our Take: My seven-year-old came home from school and he spotted the screening copy of Wimpy Kid sitting on the counter. He immediately popped it in and all the kids sat and watched it laughing hysterically through the whole thing. My husband took my 7-year-old to see it when it came out in the theaters and then he came home to tell me how funny it was. They were both going around the house singing Loaded Diaper to each other.

Buy It: Diary of a Wimpy Kid: Rodrick Rules

Download these fun activities by clicking on the image!

Squeeze It In Review: Exercises for Women

Watch the New Trailer for the Disney Frozen Movie